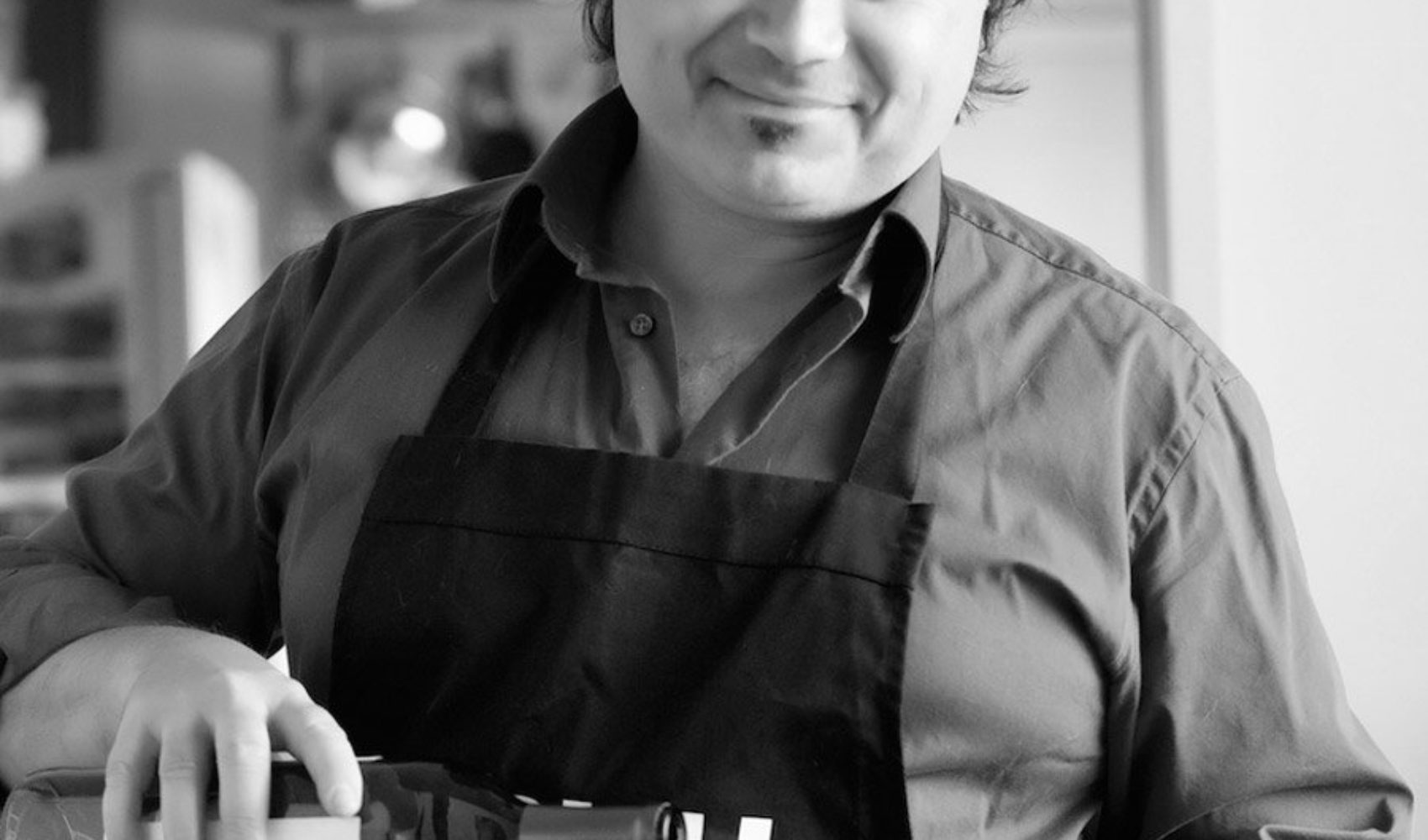 ETH: You literally were born into a culinary family affair: your grandmother was the owner of the famous Indo restaurant Djokja in Amsterdam. What culinary memories do you have about your childhood?
Jeff: I learned very early in life that food and people are connected. For me food is the key to joy and as we say in Dutch „gezelligheid“. What I learned is that food is a way to express your love. The cuisine I was raised on, the Indo-Dutch cuisine is quite exotic and diverse. The restaurant was considered an extension of our house. There was always food readily available and people to talk about it and enjoy it. 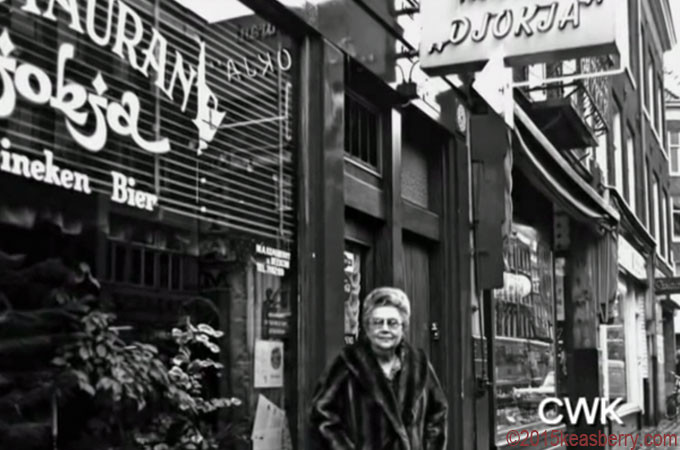 ETH: How would you define the „Indische keuken“ or Indo-Dutch cuisine and how would you translate the term into English?
Jeff: The „Indische keuken“ is a cuisine which contains the best of two continents, South-East-Asia and Western-Europe. It refers to the time period of the Dutch East Indies, this is the geographical area now known as Indonesia. It also refers to the people and their culture belonging to that time period before the independence of Indonesia. The term I prefer to use is Indo-Dutch. This term refers to the people of mixed culture, also known as Indo-European and the times of Dutch rule and western culture, which was prevalent for more than 300 years. Most Indo-Dutch people living in the Dutch East Indies had Dutch nationality. The Indo-Dutch food culture contains indigenous Indonesian, Dutch, and Eurasian Fusion cooking styles.

ETH: How important is food for your cultural identity?
Jeff: Food is very important. Food is at the heart of our culture because it tells the story of the people and the traditions, the history behind it and the memories that come with it. Our food is as diverse as we are as an Indo-Dutch community. That’s why you also see the use of the word fusion. Our community adopted the indigenous recipes but we also created a new repertoire of fusion dishes.

ETH: Outside the Netherlands, Indo-Dutch food is not very well known. Can you explain this?
Jeff: The term in the restaurants is Indonesian kitchen. Indo-Dutch cuisine was never named because it is more home-style cooking. It is my mission to name it properly and to get the acknowledgment for its existence and influence on the national cuisines of both Indonesia and the Netherlands.

ETH: Tell us about your grandmother’s restaurant in Amsterdam.
Jeff: My grandmother lost her husband in WWII in the former Dutch East Indies. She decided to leave Indonesia because she felt trouble was coming with the Indonesian fight for independence. So she closed her fashion boutique in Batavia (now Jakarta) and moved to Holland with her sons. First, she started a boutique in Amsterdam next to the Heineken Brewery. In the weekends she would cater for parties because she was a good cook. Then somebody suggested to her to turn the boutique into a restaurant, which she did in 1954. It was one of the first Indo-European, later named Indonesian restaurants in Amsterdam. Back then the majority of Indonesian restaurants were in The Hague, but she was on the forefront in Amsterdam, popularizing Indonesian food in the capital and becoming an authority on Indonesian cooking. My parents took over the restaurant later and I took over in the 80s as a third generation restaurateur. I did it for nearly 5 years. Then I decided to close shop. It was time for a new chapter.

Cooking is an art

ETH: In your cookbook, you quote your grandmother saying „cooking is an art, you need to have a hand for it“. How did you discover that you have this hand?
Jeff: It’s part of my DNA. But it also helps when you grow up around people who love to eat and cook. This is actually how my grandmother and my mother learned it. You are raised with the taste. When you want to recreate this you start experimenting, you get some recipes and you develop into a chef. It’s all about tasting, your memory of the taste, and trial and error. Of course, nobody cooks better than my mom, but I come close. 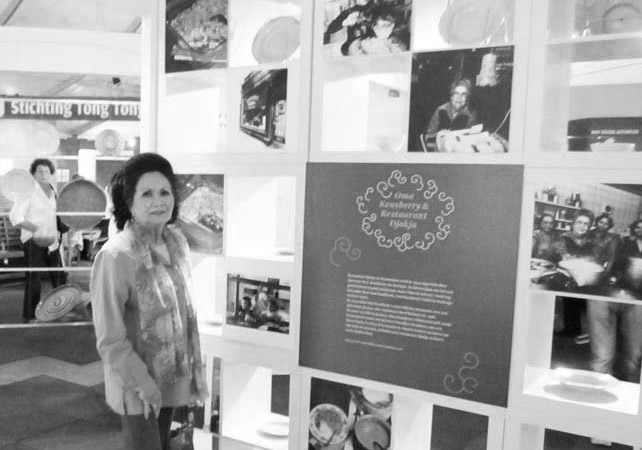 ETH: You live in Los Angels now. What brought you there?
Jeff: The sun and lifestyle. And also part of my family lived there. There is a big Indo-Dutch community in and around L.A. The second largest colony of Indo-Dutch people and their offspring, migrated to USA from the Netherlands. Many went to California for the weather, I bet it has to do with the fact they were used to warmer climates.

ETH: So there is room for development!
Jeff: Indeed. I actively promote our culinary history here, because a lot of our community is much more detached from our culture than Indo-Dutch people in the Netherlands. I give cooking classes and I work on an English edition of my cookbooks.

ETH: Your first cookbook carries the title „Indische keukengeheimen“ which translates to Indo-Dutch Kitchen Secrets. What in your opinion is the secret of the „Indische keuken“?
Jeff: The term secret refers to a cooking style. Earlier in time, Indo-Dutch grandmothers and mothers with their secret recipes wanted to steal your heart through the stomach. But they would never reveal what made their cooking so special. So some would take their recipes with them to the grave. I think this is not the way to preserve a culinary heritage. Hence the title „Indische keukengeheimen“. 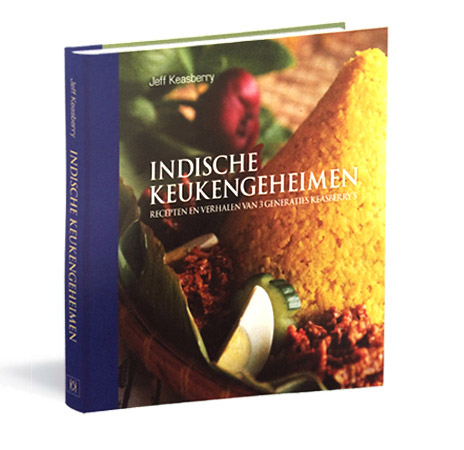 ETH: What in your opinion is the reason for this attitude?
Jeff: I think food is used as a way of getting to your heart. If they give you their recipe you gonna make it yourself and you’re not gonna come back. But that’s what they want you to do – come back.

ETH: So it’s an element of power to keep people close.
Jeff: Yes that’s exactly how I see it, but in a lovely way.

ETH: The first cookbook is a collection of your family recipes. The second book, which was published last year, is called „De nieuwe Indische keuken“. In this book, one can clearly see an Italian, Californian and Mexican influences. There is, for example, an Indo burrito. How important is the exposure to other culinary traditions for you?

Jeff: Indo-Dutch cuisine refers normally back to the good old times in the tropics. But times are changing, tastes are changing. My intention is to get it back on the board. In order for it to survive, we need to look at what is happening now, with respect for authentic tastes. This is part of the Indo-Dutch tradition. Wherever we would go we would also work with the local ingredients. Basically, we tap into our creativity and innovation.

ETH: So food is a means to create „heimat“ through eating and at the same time assimilate with a new surrounding?
Jeff: Indo-Dutch cuisine belongs to the Indo-Dutch diaspora. Wherever there are people of Indo-Dutch descent, in the Netherlands, America, Australia, they cook in a way that’s creative and includes local ingredients or substitutes if the original is not available. Hence new dishes are created and the cuisine evolves. For example, in the Netherlands, we see street food and snacks like ‘nasi bal’ and ‘bami bal’ (deep fried rice and noodle balls). They are products of Indo-Dutch influence. 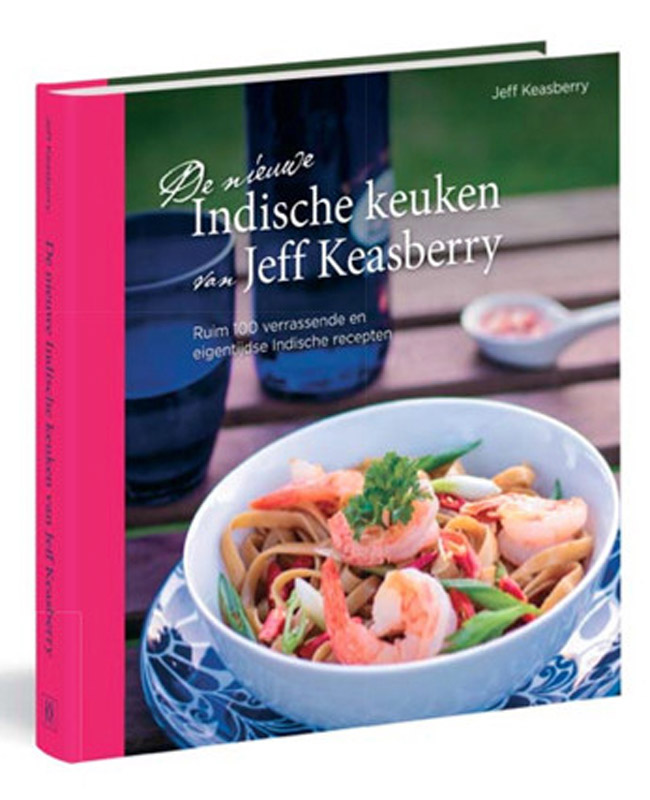 ETH: Last question. What is your favorite Dutch-Indo dish?
Jeff: Oh that’s difficult. I have many but what comes to my mind first is my mother’s meatloaf, her „frikadel pan“ as we say in Dutch. It has a European base but there are some spices in it that make it Indo-Dutch. I also like Gado Gado (mixed vegetable salad with peanut sauce) or my father’s Nasi Goreng (fried rice usually made from leftover rice and food of the previous day). I like simple food, comfort food. This is why I also feel a strong connection with Italian cuisine. It has the same honesty as our Indo-Dutch cuisine. An honesty which goes straight to the heart!

ETH: Jeff, thank you so much for this interview! 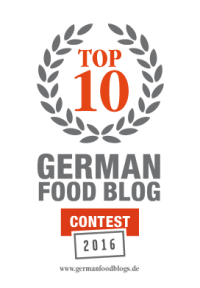 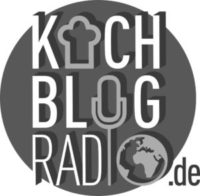